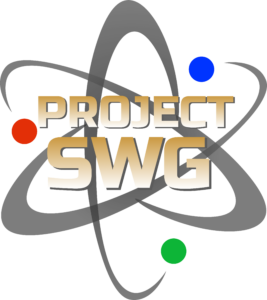 Greetings to the Project SWG community!

Time has certainly flown by this year, but with it comes lots of progress and many changes towards Project SWG! Here is some highlights on what we achieved throughout the year 2019!

Server upkeep can be costly on a monthly basis, and thanks to our generous followers we are able to maintain our server. We have switched to a better provider and reduced the cost the required amount to keep Project SWG up and running!

The server itself has been also improved after switching providers, along with our website to make both work more efficient and further better our services with the continual development on the server itself.

We are happy to announce that CU + NGE development are about to be merged / CU and NGE server version into one code. It will be a challenge, but the benefits will be bigger, with the simple config setting in server allows you to choose between CU and NGE bootup, while the launcher auto detects which version is running.

We also switched from Bitbucket to Github. Github recently added some nice features that come in very handy.

We are coding the whole Project by hand, and we want to make the server optimal for stability, and for additions that may be later added for future content. We have made each planet become more lively with patrolling NPC’s that travel around the cities, updating spawners for more accurate respawns, improving NPC’s reactions and interactions in combat, armor protection values for armor and robes, and adding variables for improvements in combat.

The launcher got an update with fast protocol, making communication between client and server faster.

The Launcher Tutorial MK2 Video Is Up!

We have reached 700 followers on Twitter, and have over 2,000 follows on our new Facebook account. We appreciate everyone who has followed us for all these years for the development of Project SWG!

We have come a long way since SWG’s shutdown, and we look forward to what 2020 will bring to Project SWG. We thank everyone for your continued interest in the Project, and we shall see you all next year!